Based in Penzance in Cornwall, we have built an international reputation performing fast-moving, silent-comedy, street theatre shows with live musical accompaniment.

Since our first performance, in Morlaix, France in 1991, we have created 25 different productions and toured to major festivals throughout the UK, and in more than 20 European countries, as well as in Egypt, Turkey, Israel, Japan, Hong Kong, Macau and South Korea.

On the eve of our 30th anniversary year, Bash Street Theatre has become even more of a family affair, with two of our younger generation joining the company – our son Lochlann Pickering and our niece Kesha Pullum – enabling us to rehearse together in spite of Covid19.

We were thus one of the first outdoor theatre companies in the UK to perform again after the first lockdown, starting at the spectacular Minack Theatre in Cornwall. 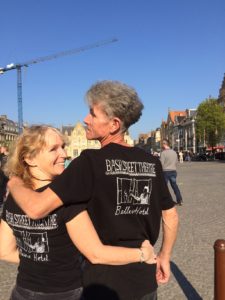 Simon trained as a journalist after gaining a BA in English and Media Studies from Southampton University. His passion for theatre saw him volunteering to become the Falmouth Packet’s theatre critic. Inspired by watching many fine amateur and professional performances (and by his brother Matthew, a talented actor and musician) Simon joined Falmouth Workshop, a local group performing contemporary theatre.

In 1983 Simon was given a role in a Shiva Theatre production at The Minack Theatre, and later that year asked his editor (of the West Briton newspaper) to give him three months off to go on tour with a production of Macbeth. When this request was refused, Simon left his job to join Shiva full time.

Touring throughout the UK from 1983 until 1989, Simon’s Shiva productions included: King Arthur, The Three Musketeers, The Wind in the Willows, The Hobbit, Tom Sawyer, Alice in Wonderland, Under Milk Wood, Hamlet, Macbeth, Alice Through the Looking Glass, Loot and Waiting for Godot. 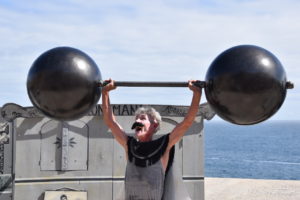 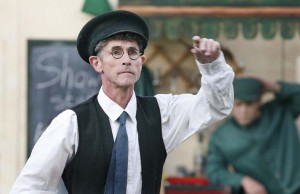 In 1987, Simon co-founded Jo’s Jungle Band with his brother Matthew and other Shiva performers, combining folk music and clowning. This was when he developed his music and circus skills. Jo’s Jungle Band started performing at Land’s End tourist park in 1988, a contract that was inherited by Bash Street four years later and which provided an invaluable learning experience in outdoor performance.

Simon met JoJo Pickering in 1989, and the couple went off to France in search of adventure. In 1990 they were introduced to Valerie and Gilles, a contemporary circus duo based in Morlaix, who gave them a very warm welcome and helped them develop their circus and performance skills.  The following year Simon walked into the office of the Festival des Arts dans la Rue in Morlaix and secured Bash Street Theatre’s first contract!

JoJo is one of the two founding partners of the company and is jointly responsible for managing, as well as performing with the company. She teamed up with Simon to perform at the Festival des Arts dans la Rue at Morlaix in France and Bash Street Theatre was formed.

JoJo travelled with her sea-faring parents as a child and sailed halfway around the world before the age of six! She then lived in Spain, and also America, before moving to Cornwall in 1986. 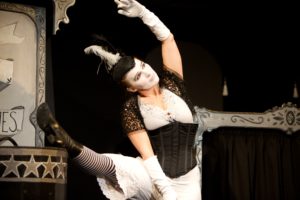 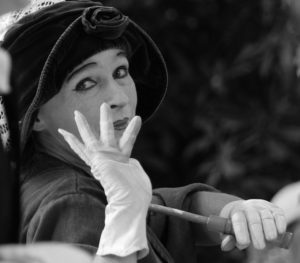 She has an MBA in business management and is an RYA Yachtmaster.

Lochlann first started performing with the company at the age of 12, as a stiltwalker in The Creatures at a circus festival in Cairo. His next role was performing magic in The Last Illusion. More recently he has concentrated on his musical ability, providing live piano accompaniment in The Lion Tamer, Bellevue Hotel, CLIFFHANGER! and currently The Strongman. 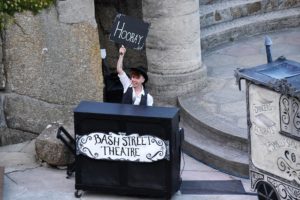 Kesha is the founder of Disparu Theatre, a street theatre company based in Redruth, performing as an acrobat, juggler, stiltwalker and unicyclist. The Strongman is her fourth show with Bash Street Theatre, having also performed in CLIFFHANGER! and Bellevue Hotel, and as a stiltwalker in The Creatures. 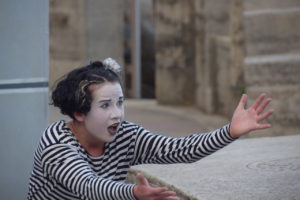